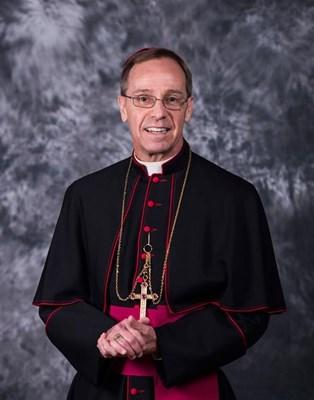 Archbishop Charles C. Thompson, the oldest of three children, was born in Louisville, Kentucky, on 11 April 1961. His parents, Coleman and Joyce Thompson, were born, raised and married in Marion County, where the family lived for much of Bishop Thompson’s grade school years (e.g. St. Charles Grade School, in St. Mary’s).

Archbishop Thompson was ordained a priest for the Archdiocese of Louisville on 30 May 1987. His pastoral 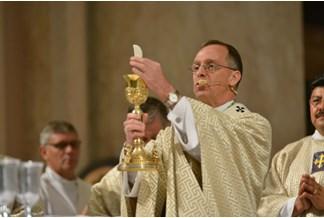 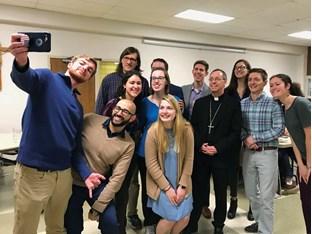 arishes). He served as Vicar General of Louisville, 1 July 2008 until June 2011, when he became Bishop of Evansville.

Archbishop Thompson was appointed Archbishop of Indianapolis by Pope Francis on 13 June 2017. His Installation Mass was July 28, 2017, when he also received the Pallium, the insignia of his role as Metropolitan of the Indianapolis Province. Since arriving in Indianapolis, the archbishop has attended many events and visited parishes and schools throughout the archdiocese. He has written a pastoral letter entitled We are One in Christ: A Pastoral Letter on the Fundamentals of Christian Anthropoly, and also writes a weekly column in The Criterion, titled Christ the Cornerstone.